“I Agree (To Give You My Eternal Soul, Now and Forever More)” – What’s Lurking in the Fine Print 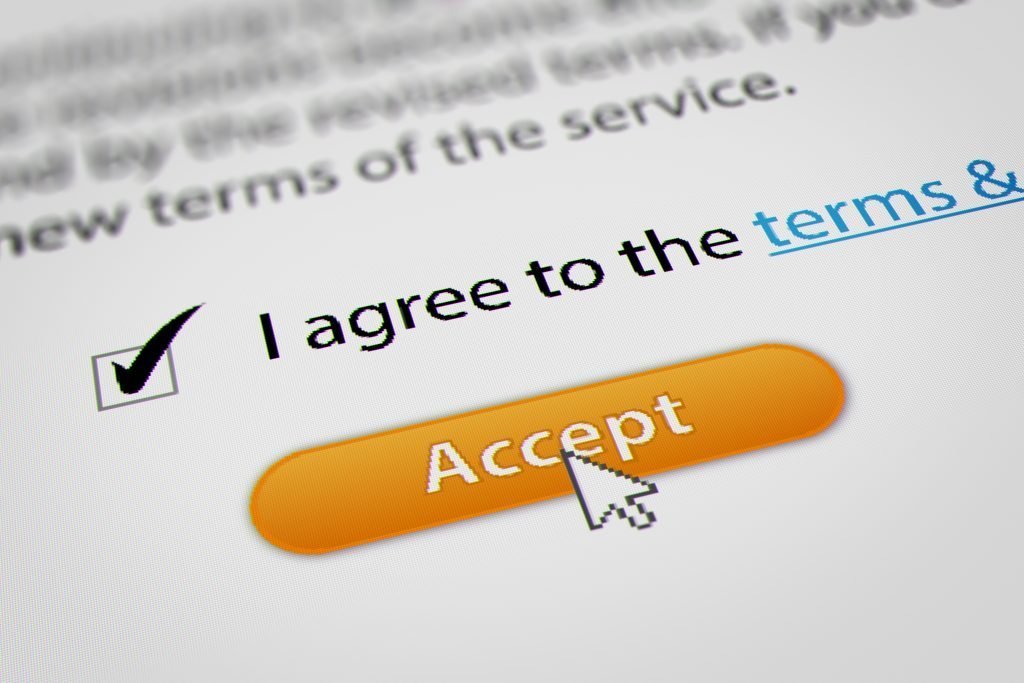 Above the Law: Congratulations To The Winners Of The Global Hackathon! - TermScout

We’ve all been there: happily surfing the web when that annoying pop-up appears that says, “Click here to accept our Terms,” or “by accessing our website, you agree to our Terms…” You probably just clicked on it (or accessed the website), without ever actually reading the terms you’ve just agreed to.  If so, you are not alone.  In fact, you are in good company with the vast majority of the consuming public.  Even U.S. Supreme Court Chief Justice John Roberts admitted that he usually does not read the fine print accompanying website usage.

This blog series, What’s Lurking in the Fine Print, will provide some amusing/appalling/puzzling examples of the hidden terms companies sometimes try and sneak into their contracts.

By clicking, you agree to give up your first born child…

When companies aren’t taking advantage of the fact that no one reads consumer contracts, sometimes they have a little fun with it.  As reported by the Guardian, in 2017 in the UK, 22,000 people who signed up for free public Wi-Fi also unwittingly agreed to 1,000 hours of public service, including cleaning toilets, scraping gum off the street, and “relieving sewer blockages.”

The same company offered a prize for anyone who called out the public service clause.  Only one person claimed it.

A few years before that, Londoners agreed to give away their eldest child in exchange for wi-fi hotspot access (wi-fi access, of course, being a sacred and sought-after possession).

According to an NPR article, in a terms-of-service April Fools hoax, a British gaming retailer inserted a clause in its license agreement in which – unless the user affirmatively opted out of it – the user granted the retailer a “non-transferable option to claim, for now and ever more, your immortal soul.”

The retailer said that it would provide notice in 6-foot high letters of fire, should it choose to exercise the soul transfer.

One Florida insurance company chose to reward those that took the time to read its fine print.  It buried a promise in its terms and conditions to pay a reward of $10,000 to the first person to email the company.

In another outlandish example, people volunteering to participate in astudy agreed that all information they disclosed in the study would be shared with the National Security Agency.  Of the more than 500 participants in the study, only one person raised a concern about this.

The same study required all participants to give up their firstborn child as payment for participation; only about 2% of the volunteers objected.  While it’s possible that the other 98% simply were not “kid people,” it’s more likely that none of them took the time to read terms governing their participation in the study.

The purpose of the study?  To see how many people read the terms they agree to.

In the age of electronic overstimulation, information overload, and a general lack of time, TermScout’s mission is to enlighten consumers as to what is contained in the contracts they agree to everyday, but never have the time or inclination to read. Click here to find out more about the services we offer.

Above the Law: Congratulations To The Winners Of The Global Hackathon! - TermScout